On November 12, the Jean Monnet EU Centre & GPAS-Europe hosted a special lecture titled, "EU’s role in today’s world – a Croatian perspective?”. We invited a special speaker, Mr. Petar Mihatov, a Director-General for Political Affairs at Ministry of Foreign and European Affairs of the Republic of Croatia. In his lecture, he talked about his views on Croatia’s perspective on China who is one step ahead in many things like resources, especially rare earth elements and what that means for the EU. Additionally, he talked about the role of NATO. He concluded with a short remark on how battle of narratives between democratic and autocratic world is important in shaping our futures. If democracies are to win and contribute to the world more, they must be pragmatic and strategic. He emphasized that this process does not mean confrontation but a dialogue from a position of strength. The lecture was followed by an interesting Q&A session. Questions were asked such as Croatia’s strategic position in the future enlargement of the EU, China’s emergence as a big power, and the short future of NATO. This special lecture was a time to better understand Croatia. 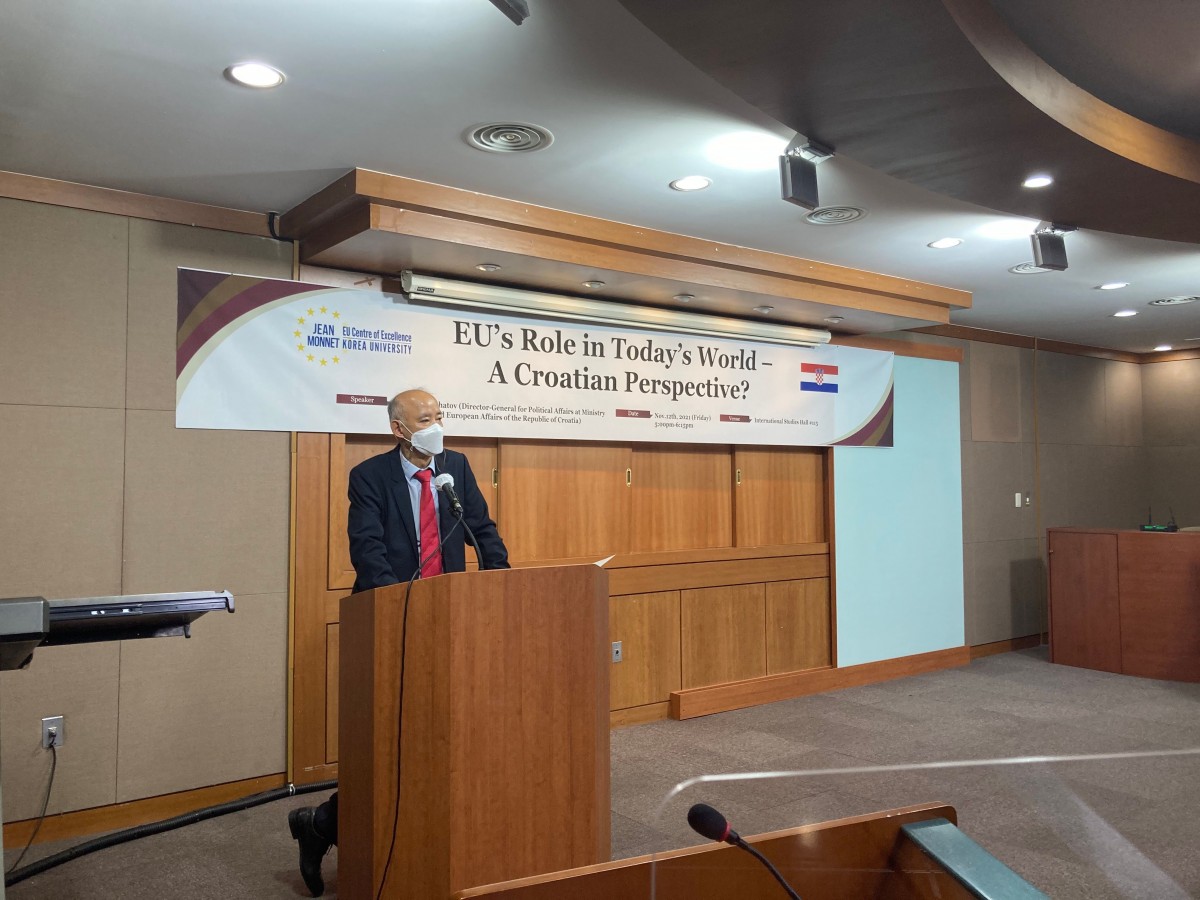 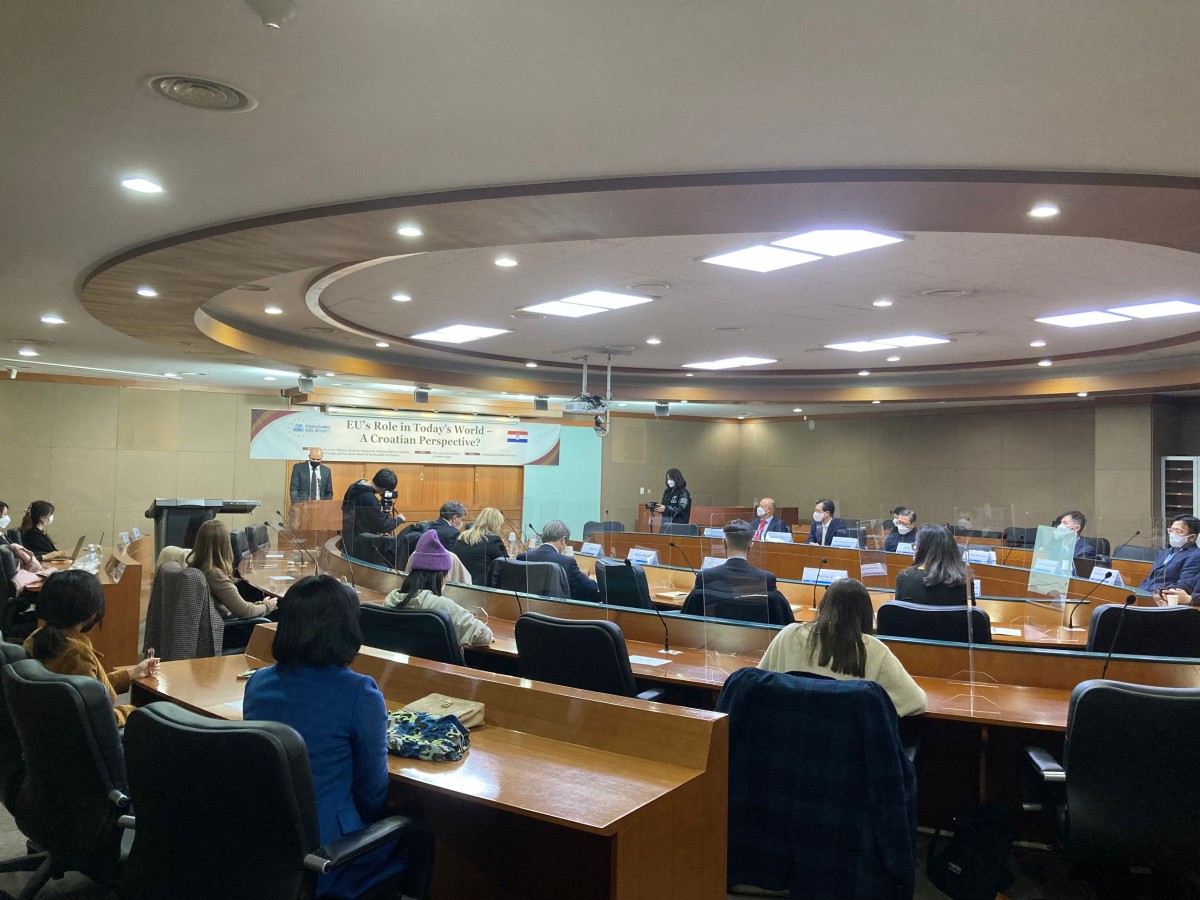 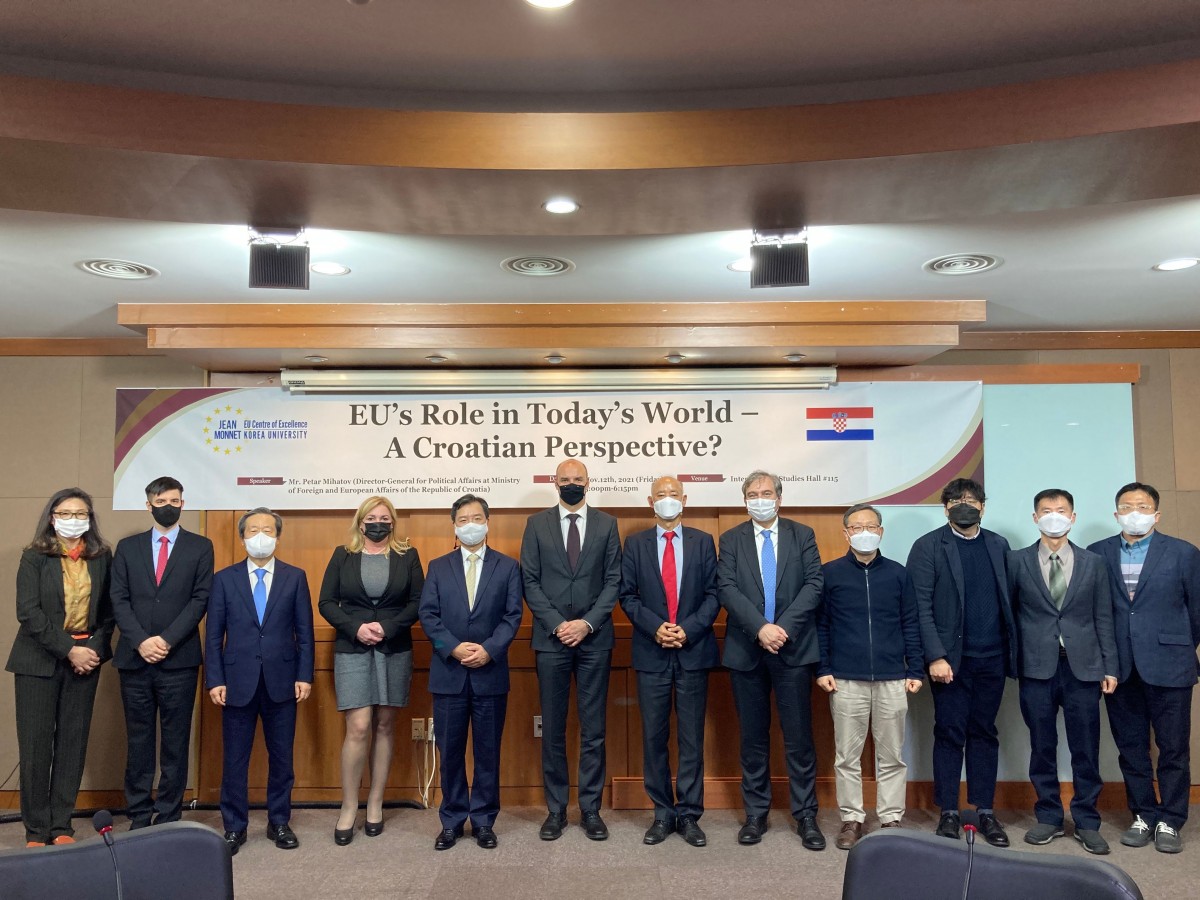