On April 7, the Jean Monnet EU Centre, KU Nordic-Benelux Centre and GPAS-Europe cohosted a special lecture “Poland, Ukraine and the Stability of Central-Eastern Europe.” The speaker was H.E. Piotr Ostaszewski, an ambassador of Poland to the Republic of Korea. The main topic was the implications of Ukraine war to the security in Central-Eastern Europe. The ambassador first explained the factors that distinguishes Central and Eastern Europe and how those affect the stability in the region. He emphasized the importance of collective defense and showed support to Ukrainian refugees coming to Poland. During Q&A session, there were a lot of questions on Polish role in current international order and reactions to imminent problems such as refugees. The lecturer explained Poland’s role and perception on security. Facing Russian aggression. the role of NATO and collective defense in Central and Eastern Europe became much prominent. 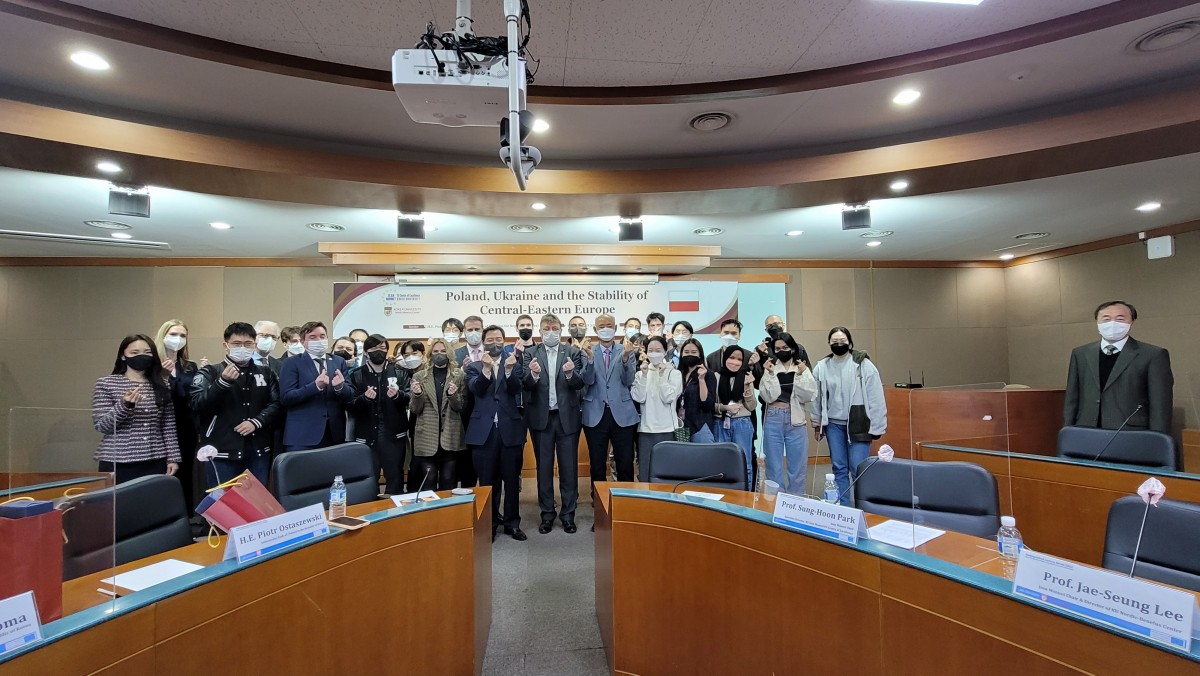 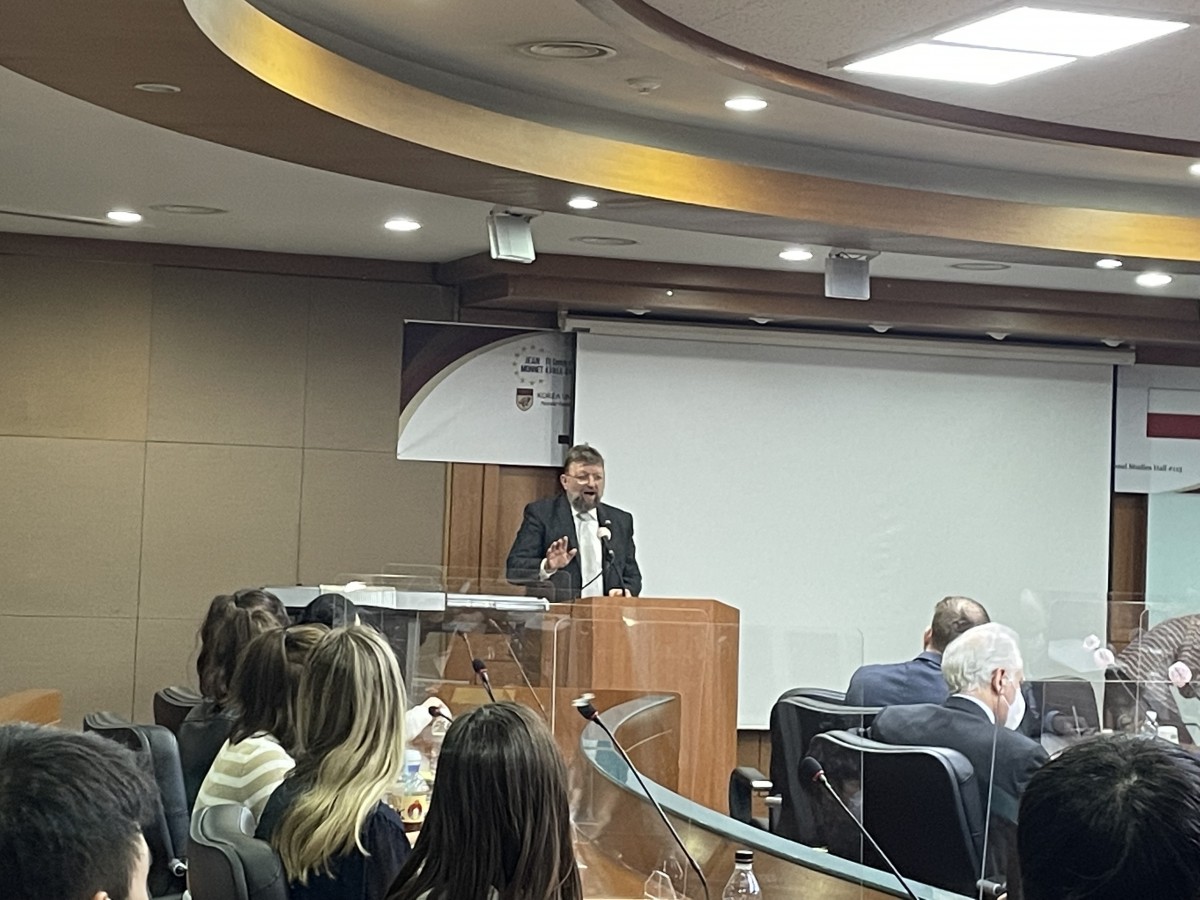