Thirty Years’ War and the Birth of Nations

The spring semester’s fourth meeting had a historical topic. Hyeyeon gave a presentation about the Thirty Years’ War in Europe and how it led to the birth of nations, i.e. the origin of the concept of nation states. The presenter gave a thorough overview of the happenings during the war, the role of religion, and even introduced important personas and their goals in the war. She explained how the war eventually ended with the Treaty of Westphalia in 1648, making territorial adjustments and cementing national and political boundaries. In the discussion session, the members talked about the separation of state and religion and Europe and other countries and its implications for politics and the society at large. Free take-out dinner was given out to the participants after the meeting. 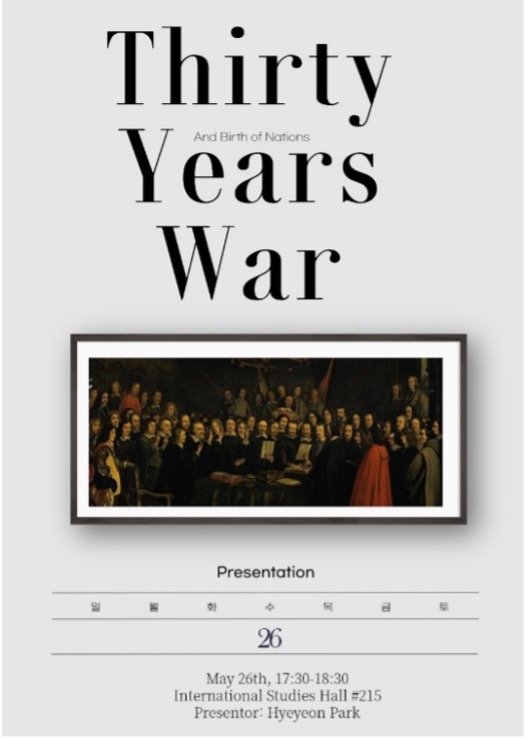 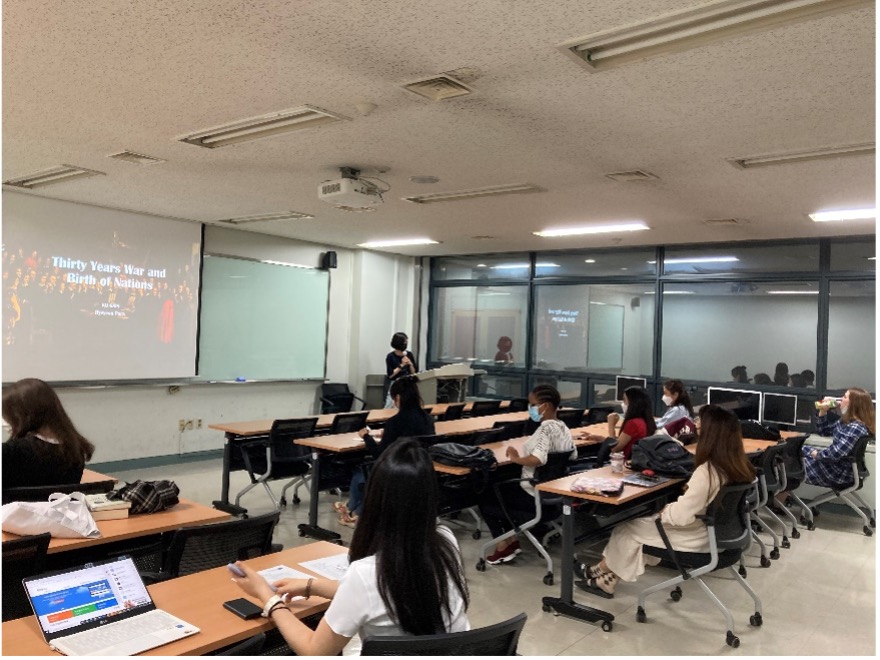