The EU Society conducted its first meeting of the semester at the international hall on March 30th. The meeting began with Vanessa, the president of the EU Society, delivering a brief overview of the EUS. Sabina then gave a presentation on the Ukraine war and led the discussion. She divided her contents into four parts, History & Conflicts; the Crimean Peninsula & Russo-Ukrainian War; Russian Invasion of Ukraine; World War III. During the discussion, students raised several questions and expressed a variety of viewpoints on the conflict. Some argue that the war erupted as a result of Putin's desire to rebuild the Soviet Union, listing particular incidents to support their claims. Others were pessimistic about when the conflict would finish, given the growing number of countries engaged. Overall, EUS members engaged in the topic and discussion actively. And EUS offers an excellent place for students who are interested in global issues and EU-related topics. 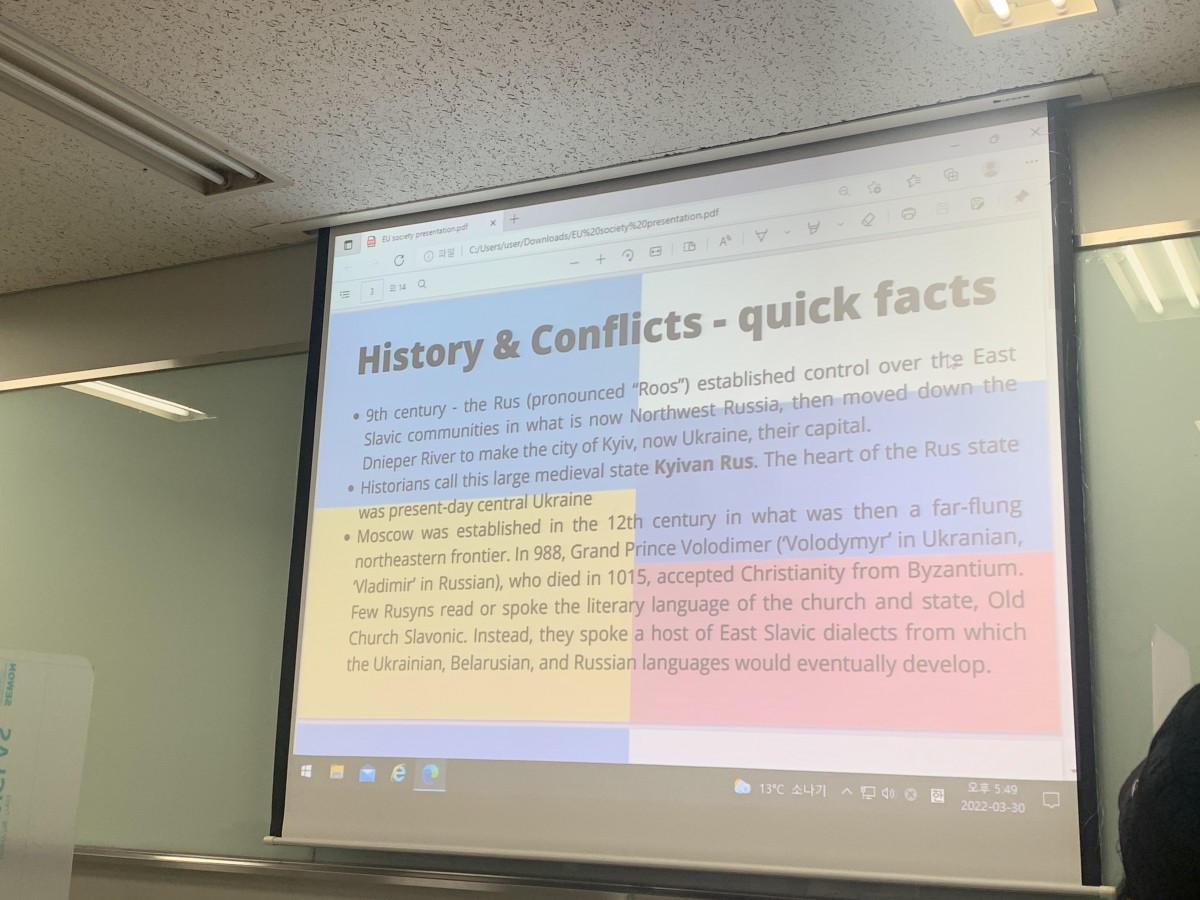