In the second session, Prof. Jae-Seung Lee lectured on the EU's Common Foreign and Security Policy (CFSP) and Common Security and Defence Policy (CSDP). The first half of this session was mainly an overview of the CFSP which deals with a specific part of the EU's external relations. As the EU is a significant security player in the international arena, he described the history, elements, structures, and remarkable characteristics of CFSP.

The latter half of the session focused on the CSDP. It requires unanimity to be launched, although a variable number of EU member states will take part and will actively contribute. He accentuated that the EU is more concentrated on the civilian mission as demonstrated by current ongoing CSDP missions and operations. From the perspective of the crisis response cycle, the EU reacts to crisis by deploying CSDP actions with a focus on stabilization and state-building programs. Lastly, Prof. Lee mentioned Permanent Structured Cooperation (PESCO) as part of the EU's CSDP, which was established by a Council decision on 11 December 2017. 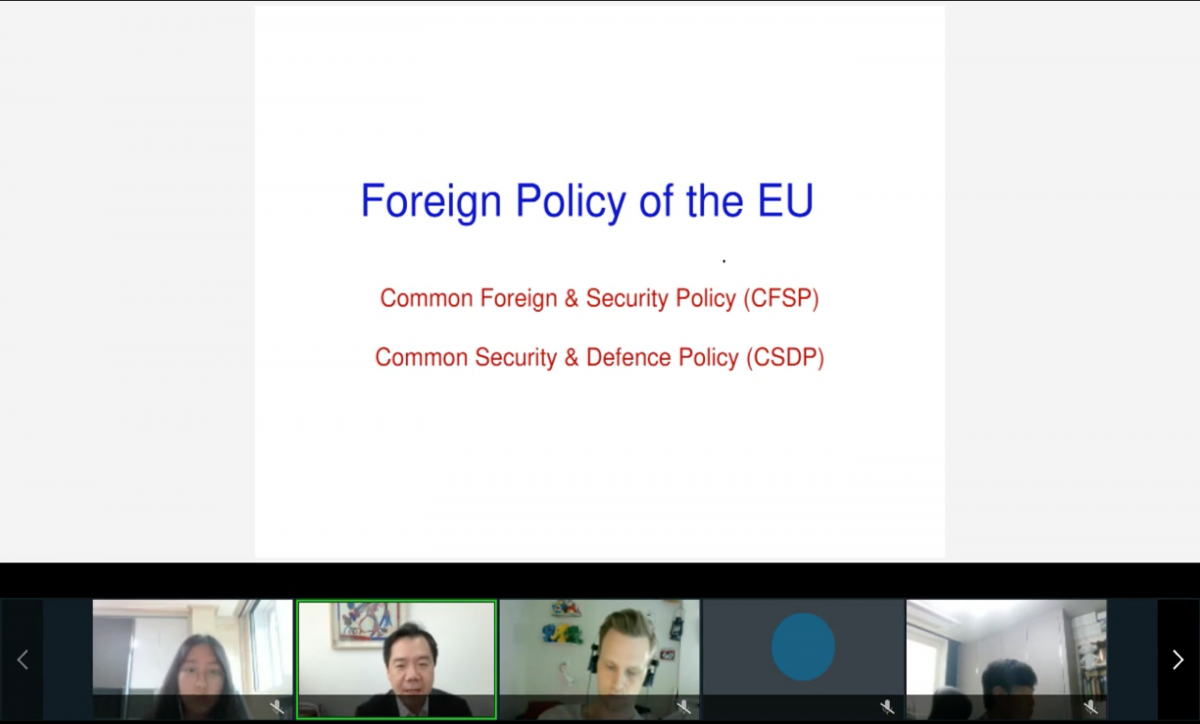 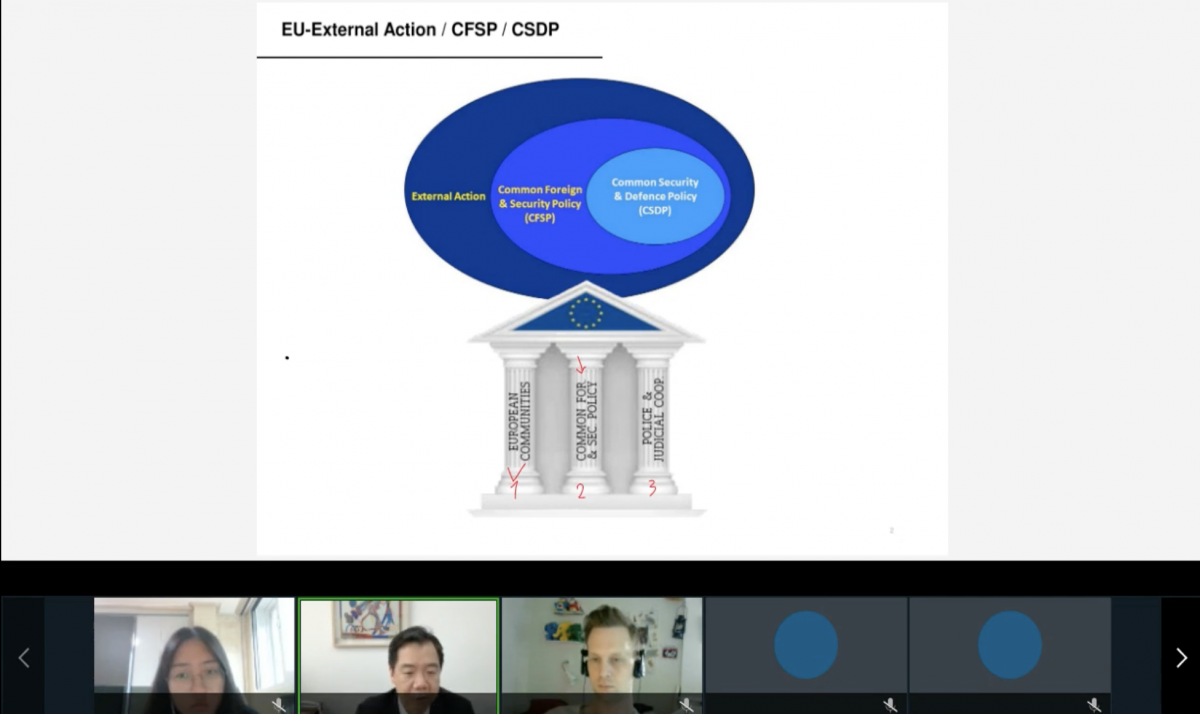