In the twelfth session, Prof. Sungwon Yoon from Suwon University lectured about the cultural policy of the EU. First, she clarified the importance of culture and cultural discourse in the region. Then, she elaborated on both its cultural policy and audiovisual policy. Although culture became visible as an official policy area only after the Maastricht Treaty, the EU did not have a few considerations on this agenda since the 70s. The Maastricht treaty placed stress on promoting a common cultural heritage.

The Professor also explained four keywords for a “creative Europe,” those being culture, media and networking, and cooperation. Audiovisual and media policies don’t have a few debatable issues because of their lack of solid legal foundation. Lastly, she accentuated that the EU should clarify its jurisdiction issue on culture and media to overcome its challenging environment. 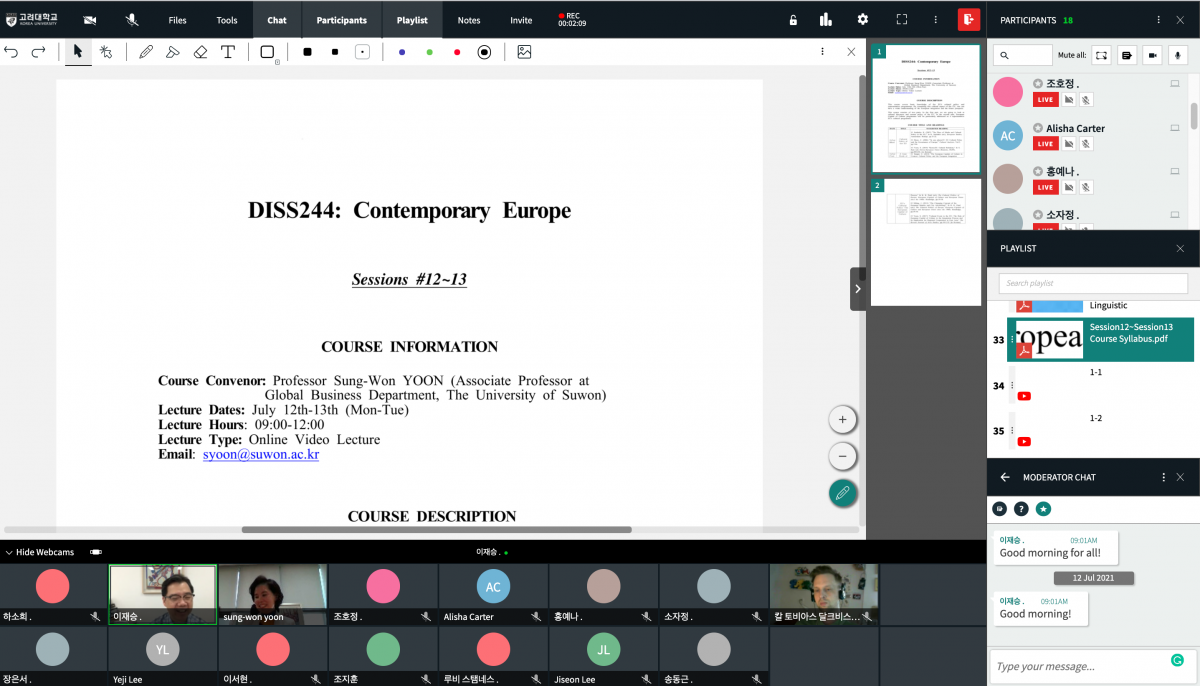 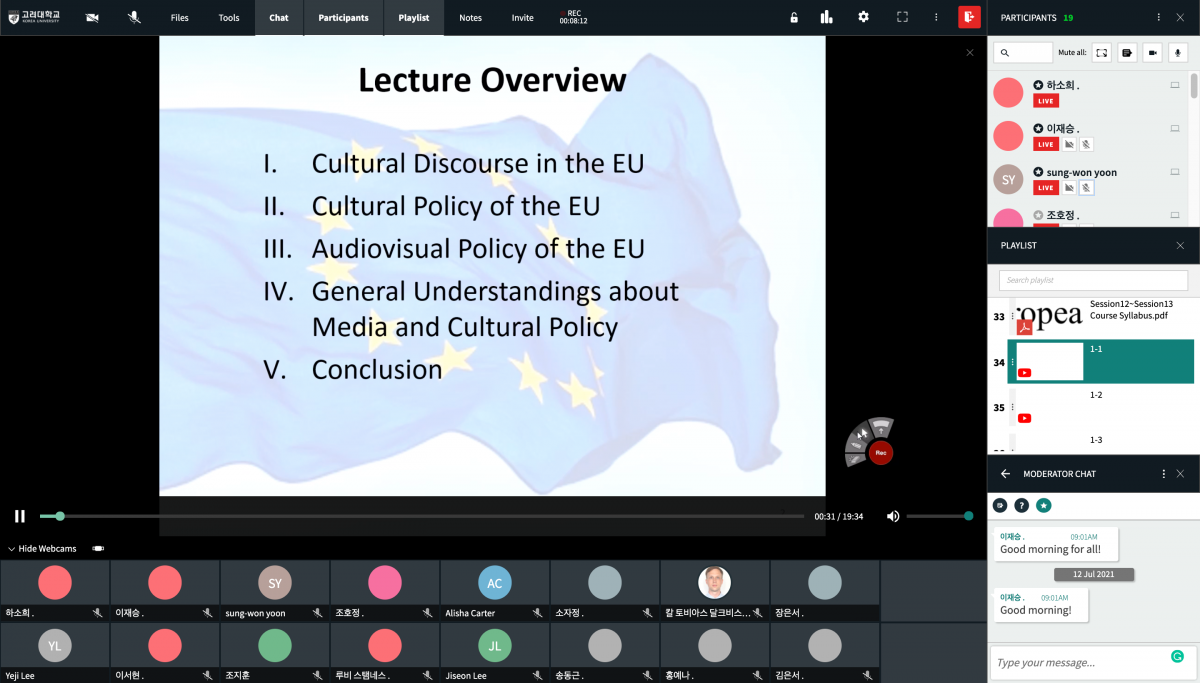