In the thirteenth session, Prof. Sungwon Yoon from Suwon University lectured about a case study of the EU's cultural policy. To begin with, she gave a full explanation of its historical background, legal foundation, and financial support. The lecture mainly focused on Europe's Capitals of Culture (ECOC). It was initiated as a political gesture among the heads of states. After the 1990s, this event enhanced expectations from the national and regional governments who wanted to use this opportunity to boost their regional economies.

The operation of ECOC has evolved in a way that would reinforce the collaboration on the basis of cross-border networking. This lays a foundation to build a European cultural space. The Professor stressed the importance of ECOC which is regarded as something that would contribute to shaping European identity—making it possible for European citizens to recognize “unity in diversity” in their daily lives. 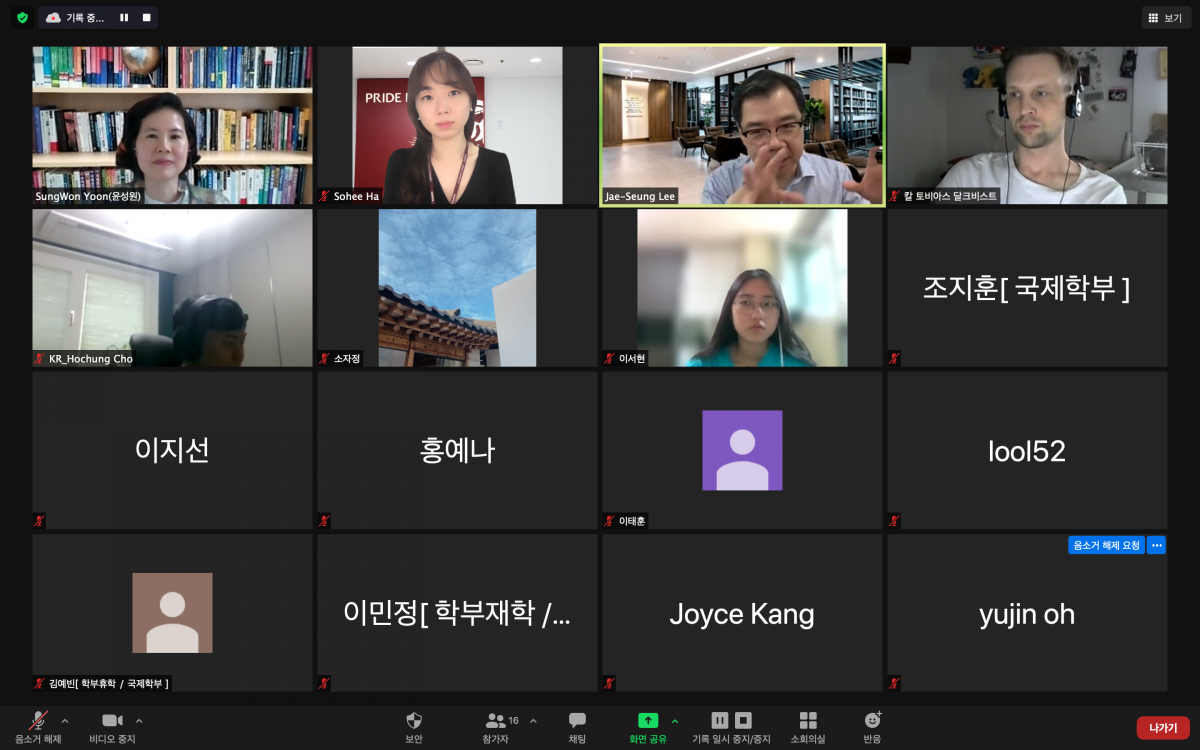 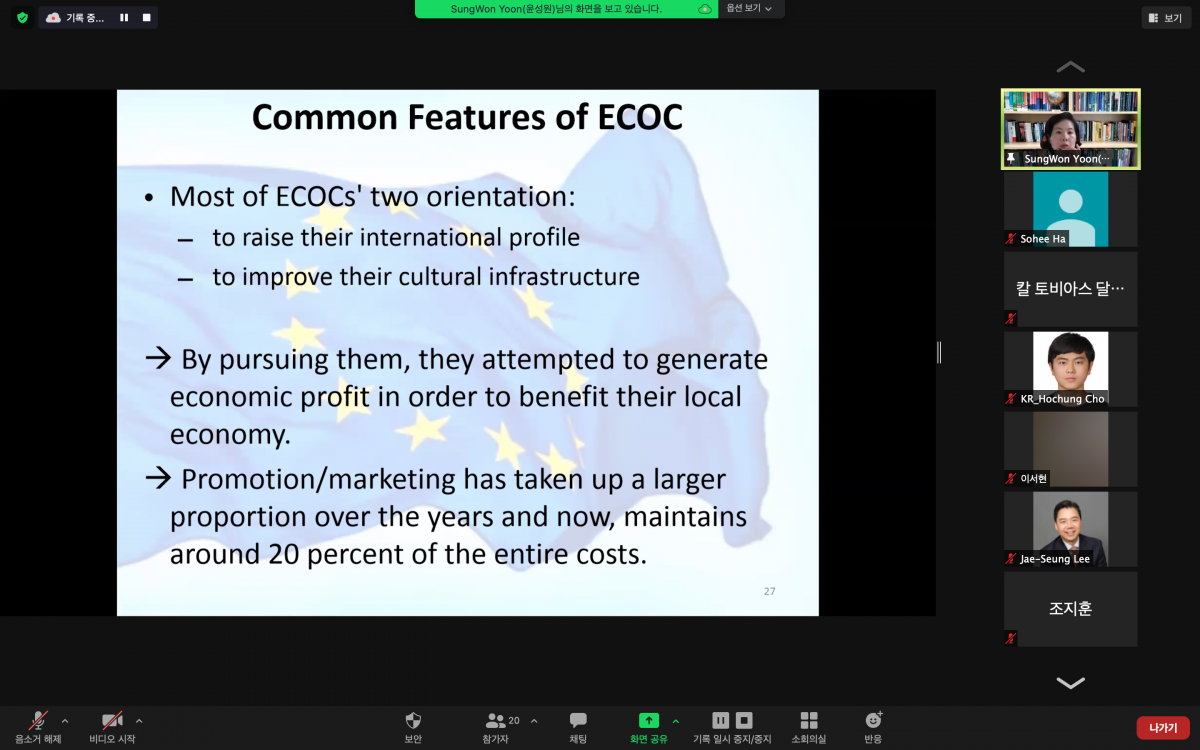