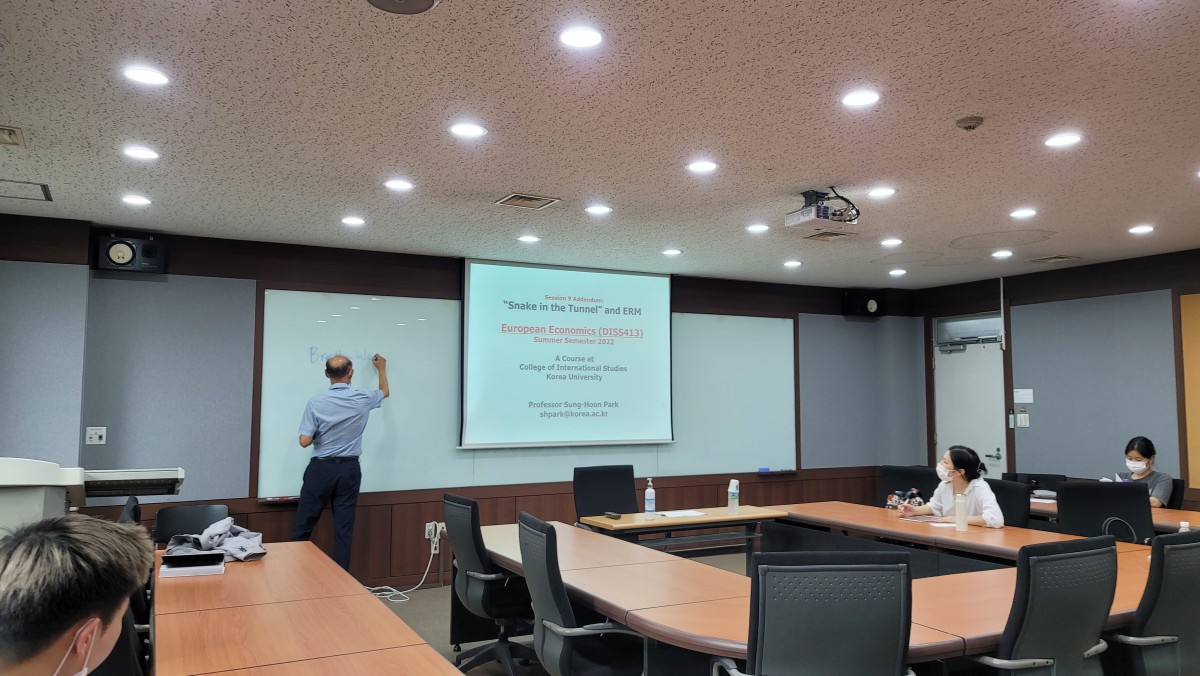 The last session of Professor Park was about the Major Issues in the EU’s Monetary Integration. Before the main session, Professor filled in the background knowledge by introducing the concept of ‘snake in the tunnel’ that limited the fluctuations of the exchange rate between member states within 2.5 percentage. The monetary integration could date back to 1950s when the rudimentary system was first established. From the treaty of Rome to the launch of Euro, the EU planned and successfully executed the four phases. Of course, Euro is not without problems, and the related issues were explicated. The Theory of Optimum Currency Area (OCA) was applied to the single currency of Europe. Although in theory, it could be beneficial, certain conditions should be met. It is the reason the EU requires the convergence criteria for the member countries and without crossing the threshold, the countries will not be in Eurozone.