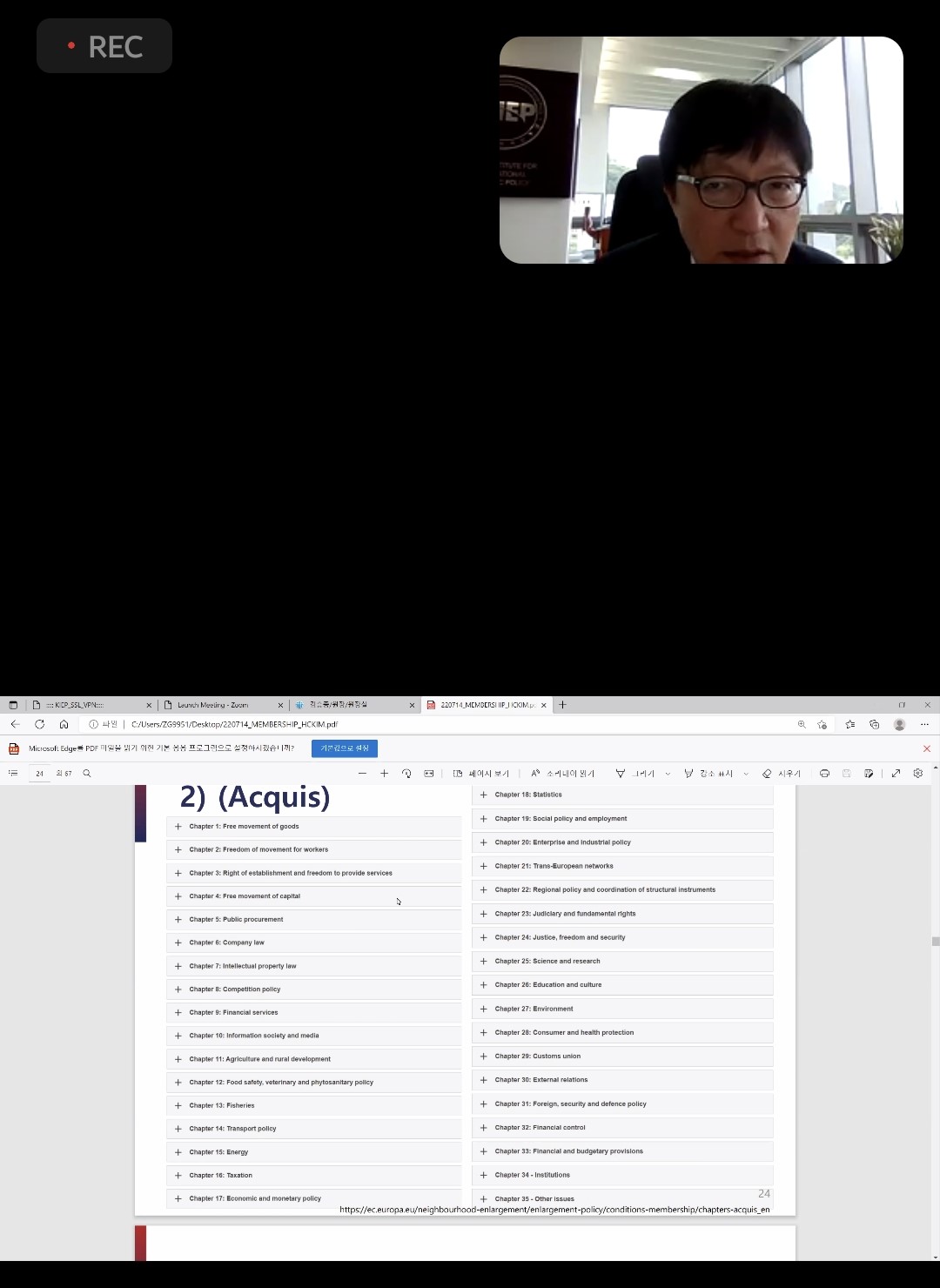 As the last session of his lecture series, Dr. Heungchong Kim delivered the lecture on membership of the EU, more specifically, BREXIT and remaining issues. The membership to the European Union has its pros and cons. While it could guarantee the peace, security, and economic prosperity, the countries have to follow the common rules, restricting their national sovereignty. The decision-making is generally slower, as the process involves multiple countries and debates on multiple layers. For instance, EU had a ‘Chocolate battle’ between Luxembourg and UK which lasted for thirty years. Despite these shortcomings, membership of the EU is attractive to many. To get in the EU, the applicants should meet several criteria. The Accession Criteria is also known as Copenhagen Criteria. The applicants should meet political, economic, administrative and institutional capacity that could implement the acquis and commit to the values of the European Union. The identity, as being ‘Europe’ is matters.

The UK’s exit of the EU was a shock to many. The UK’s reminiscence on British Empire, growing fear of immigrants and refugees, domestic political dynamics within the parties and among the parties in UK was all contributing factors. Political mobilization and fake news and economic hardships were a tipping point of the growing tension. In the end, BREXIT is followed by massive negotiations, especially in trade and cooperation agreement with other countries as well. UK is facing several post-Brexit challenges, among them the EU-UK’s future relations.