Odysseus Academic Network Summer School, which started on August 24th, completed its two-week-long journey on Immigration and Asylum laws. Since its inception in 1999, the program has fostered young legal minds seeking careers in immigration laws. This year, the summer school was hosted by Universite Libre De Bruxelles located in Brussels, Belgium. Due to the recent pandemic, the summer school launched its online track to involve students and researchers in travel restrictions. Renowned scholars were invited for lectures and shared their expertise on current EU immigration laws. Likewise, students from Europe and Asia gathered online to learn about and exchange their views on EU immigration and asylum policies.

The program mainly focused on the EU immigration system and its treatment of asylum-seekers. Through insightful lectures, the students were able to gain perspective on the principle of nonrefoulement and its implication for EU asylum policies. More often than not, lectures led to heated debates on contemporary asylum issues. Lecture topics are available below:

- Implications of Human Rights for Immigration and Asylum

- The European Definition of the Concepts of Refugee & Subsidiary Protection

- Distribution of Refugees between Member States: the Dublin System and Solidarity 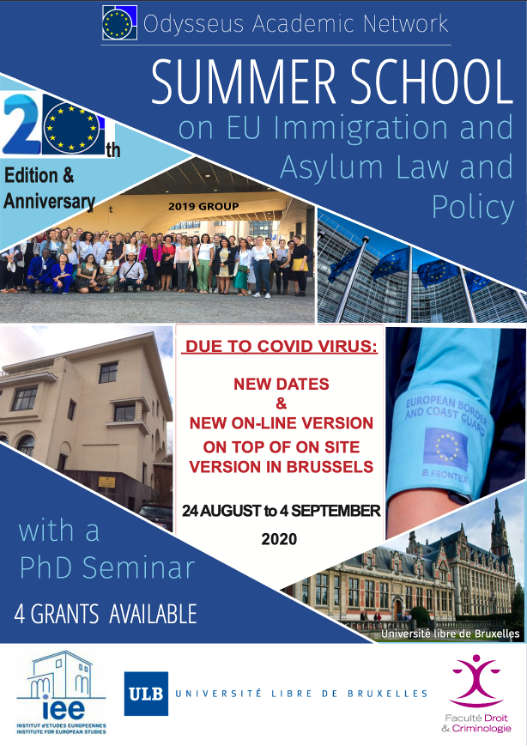